Japan’s famous Scientific Organization “Aerospace Exploration Agency (JAXA)” has achieved great success using microwaves to supply 1.8 kilowatts of power through the air to a target 180 feet away. This marks the first time such a high output of energy has been transferred through microwaves to such a small target. 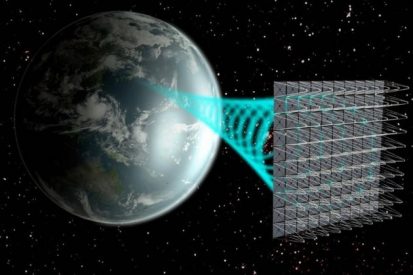 The successful research could pave the way to collecting infinite solar energy in space and transferring it to Earth. The main benefit of solar power generation in space instead of Earth is the permanent availability of energy.

“This was the first time anyone has managed to send a high output of nearly two kilowatts of electric power via microwaves to a small target, using a delicate directivity control device,” said a spokesperson for JAXA. “But it could take decades before we see practical application of the technology, maybe in the 2040s or later. There are a number of challenges to overcome, such as how to send huge structures into space, how to construct them and how to maintain them.”

The knowledge of generating energy in space and sending it to Earth for use has been studied by American scientists for more than 50 years. The idea to supply power from space for use on the Earth was introduced by Dr. Peter Glaser in 1968 and he was granted a patent for it in 1973. The project was supported by NASA and the US Department of Energy, but it was judged too costly and was shut down in the 1980s. 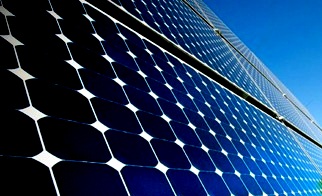 Because of some challenges and issues, (JAXA) scientists consider that a full system to generate electricity in space will not be available until sometime in the 2040’s. JAXA scientists imagine a future in which satellites carrying solar panels and antennae will send solar power down to receivers on Earth from about 22,300 miles up. Ideas to develop an orbiting energy generation system involve sending satellites into geostationary orbits more than 22,300 miles above the Earth. The satellites would require large solar panels. Challenges facing engineers include launching these massive solar collectors that high above the Earth, and maintaining them once they are in space.

Future development of the current system could produce a device capable of transferring and receiving energy from ocean platforms, far from the nearest coast.

Additional uses for the transmitters could include charging electric cars, or sending electricity to remote areas in the wake of natural and man-made disasters.

First Cellphone in 1984 you know the price

Google Glass returns to the market