Air Transport Advisory Group, “SkyTrax” organized Awards Ceremony for World’s Best Airports. Series of Awards to the best airports in the world was first launched in 1999 by SkyTrax. The SkyTrax awards are based on millions of passenger surveys. Six Asian airports have made the list of the top 10 airports in the world. Airports in South Korea, Hong Kong, Japan and China ranked in the top 10.

The awards are based on the classifications of 550 Airports around the Globe with the opinions from 13 million users in more than 100 Countries.

Singapore Changi Airport has earned the World’s best Airport title, as it retained this title for the third year running. The Changi Airport handles 5,000 arrivals and departures a week by 80 international airlines. Airport CEO Lee Seow Hiang told SkyTrax, “It is a great honor to be named World’s Best Airport by SkyTrax for the third year running”. 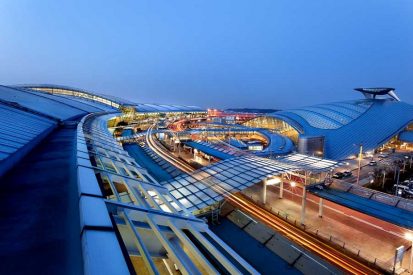 Germany’s Munich Airport came on to third place in the best airport category.